Economists and journalists alike, are having a field day playing with the data on wealth disparities. 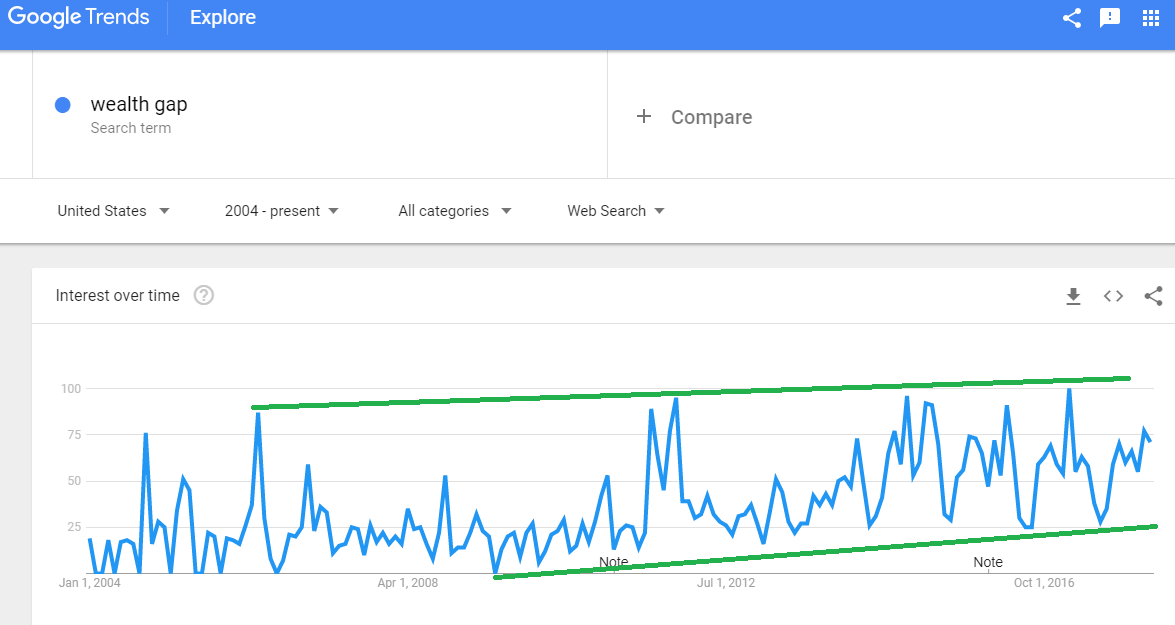 Meanwhile, their research subjects go hungry and homeless as the level of concern nationally gradually rises.

It would be nice to see stronger recommendations, if indeed they’re serious about reducing the economic disparities.

Mentoring and recurrent themes of social integration are commonly their recommended ‘solution’ to wealth or income disparities.

Meanwhile in direct conflict to their recommendations, the economists themselves show data after data in their own studies that even after being in socially integrated settings – – even when students attend the same top tier schools and enjoy other similar luxuries afforded to high income families – – that economic outcomes in adulthood remain significantly different.

But, but, but… I thought mentoring and cultural assimilation were supposed to help?  (Silly rabbit… tricks are for kids.)

The conundrum applies in B2B, B2C, and B2G markets: the premise reigns supreme, that “Ice, sold by ANY one else, is colder”.

It suggests that American people inherently may have a bias against certain American men.

Opposed to fighting and forcing ‘integration’, let’s consider personally sponsoring programs that allow for these historically and presently economically oppressed American men to be funded to work independently.

Income is a social construct that by its nature, is dependent on TWO parties. We cannot MAKE money, legally.  Instead, any monies are ‘given’, not “made”, and certainly can’t be “taken”.

You Will Never “Make” Money – Here’s Why

It is possible that there is no escape from race-ism, and that it is even part of our biology. Government can impose penalties, but by its nature can’t prevent inherent biases.

Each of us must individually evolve our views on how we can personally sponsor effective economic development programs, that exist and thrive amidst and despite race-ism, opposed to trying to “solve” race-ism.

Yes, mentoring works… until it doesn’t. It stops working at the point at which low-wealth people need investment capital.

Laws can and should be reformed to penalize bias against people who have historically been oppressed in this country, and programs may be established to overcome the burden of bias (eg, preferential hiring and contracts).  But recognize the inherent weaknesses of legislation: law doesn’t change the HEARTS of people. Morality can’t be legislated.

Versus exclusively forcing and fighting for inclusion, identify models that support productivity even amidst exclusion.

Can You Afford to Wait for Inclusion?

Don’t wait for law to evolve.

Personally commit to establishing your own philanthropic investment strategy that has the potential of lasting into perpetuity well beyond your lifetime.

Consider identifying a cohort of scholars from economically disadvantaged communities who independently conduct the R&D of potentially high value products and services.

Independently and quietly consider the value of making such philanthropic investments.  If for no other reason, do it for your commitment to America, which is in need of your support now more than ever.